At the end of they year, we can usually read a lot of articles with predictions for the next year. It was the same at the end of the 2012, and you can also check out our previous articles:

Mobile Video on The Way.

Lots of articles from about one year ago, so the end of 2011, were about predictions for 2012.
Now, when 2012 is behind us, we can see which predictions really happened in 2012, and which of them were total miss.

We will focus only on those successful. Here are some of the predictions which came true in 2012:

-  Mobile IT will grow slowly in the enterprise.
Mobile IT and mobile apps will continue to spread in the enterprise, but it will be a top-down adoption.  Senior managers who can buy their own mobile smartphones and tablets will readily adopt mobile applications, but enterprise adoption will take time as IT needs to gear up to support a more mobile workforce. The other area of meaningful adoption will continue to be mobile workers like technicians and salespeople. 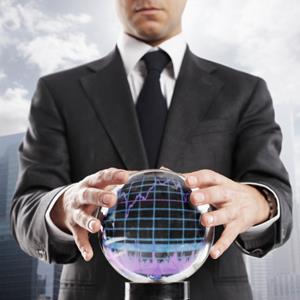 - An iPad tablet alternative will emerge out of the fragmented Android market.
At least one Android tablet will get it right and will emerge as a reasonable alternative to the iPad, which is today, king of the hill.  But a shakeout will reduce the number of viable tablets vying for market share. For more on Android vs. iOS, read on… And then Kindle Fire happened!

- A significant new player will emerge in the social networking space.
Facebook will remain the dominant player for the foreseeable future, but an attractive alternative will emerge in 2012. Lots of people see LinkedIn as new place where interesting people gather to discuss.

- Mobile development happens from the ground up.
A new development environment will drive new markets, competition, and companies. The days of taking existing applications and trying to mobilize those applications are numbered. New applications which are designed for mobility from the ground up and utilize location awareness, payment systems, and access to big data driven decision-making systems will force companies to restructure around the idea of mobility as the norm.

Now we have some really interesting predictions for 2013. Time will say which of those will come true.